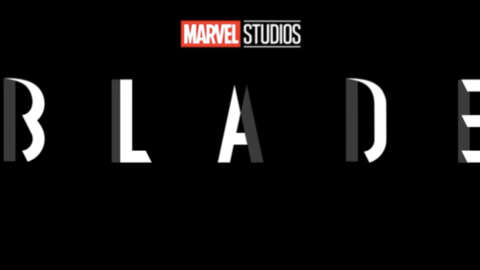 Unnamed sources have reportedly revealed to Deadline that Bassam Tariq (Mogul Mowgli) is far along on talks to direct the long-gestating and still upcoming Blade movie from Marvel. Although Marvel didn’t provide an official comment, Deadline is indicating that the decision comes after months of meetings stretching from March to June–which themselves were a continuation of meetings taking place last fall.

Plans for a new version of the Blade character, originally played by Wesley Snipes in the early 2000s, were first announced in 2019 during Comic-Con. Snipes, for the record, is welcoming this new incarnation–and has plans for his own “Blade-killer” movie, so it looks like we’re all due for lots of awesome vampire-killing movies ahead. Marvel’s Blade is still expected to start production in July 2022.

Aside from the fact that the film will still happen, Marvel has been tight-fisted on details. The movie was announced back in 2019 as part of Marvel Cinematic Universe’s Phase 4, with Mahershala Ali (Moonlight, Spider-Man: Into the Spider-Verse) starring in the titular role.

The movie’s script was penned by Stacy Osei-Kuffour. Osei-Kuffour worked previously as a writer and story editor on HBO’s critically-acclaimed Watchmen and Amazon Prime’s Nazi-hunting series Hunters. If the hunt for a director sounds like it was lengthy–Osei-Kuffour was hired after a six-month search. So, it sounds like Marvel really wants to take its time and do right by Blade. We just gotta stay patient.