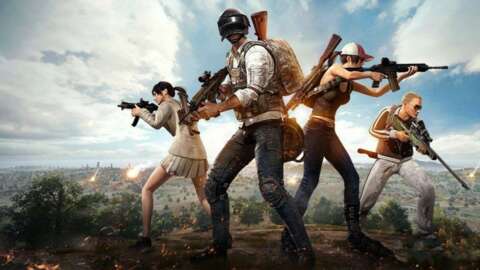 Ahead of the release of PlayerUnknown’s Battlegrounds‘ upcoming Taego map, developer PUBG Corp has released a new trailer for the battle royale, detailing the in-game universe’s origins of the game. And who better to reveal the twisted conspiracy behind PUBG than Jonathan Frakes (Star Trek: The Next Generation, Beyond Belief: Fact or Fiction).

In the video, Frakes reveals his investigation into the man known as “The Russian,” the mysterious overseer of the deadly competition known as “the Battlegrounds.” In a series of in-depth interviews with criminals, ex-employees of tech conglomerates, and INTERPOL agents, Frakes puts together the true origins behind the 100-man competition, in which the winner is the last man still alive.

For a while now, PUBG Corp has been building the lore of its battle royale with these documentary style videos and in-game teasers. It all points to a greater, singular mystery at the heart of PUBG–it appears that there is an actual motive behind the battle royale beyond winning a chicken dinner.

Perhaps that motive will come to light in PUBG’s upcoming 12.2 update, scheduled to release on PC on July 7 and on consoles on July 15. The update adds a brand-new map to the game called Taego, the first 8×8 map added to PUBG since Miramar.

It’s also possible that this is very early set-up for establishing how PUBG ultimately connects to The Callisto Protocol, an upcoming survival horror game from developer Striking Distance which was co-founded by Dead Space co-creator Glen Schofield. The Callisto Protocol takes place in the PUBG universe, just several centuries into the future.

Watch live streams, videos, and more from GameSpot’s summer event.
Check it out